The man who saved pro basketball in Denver 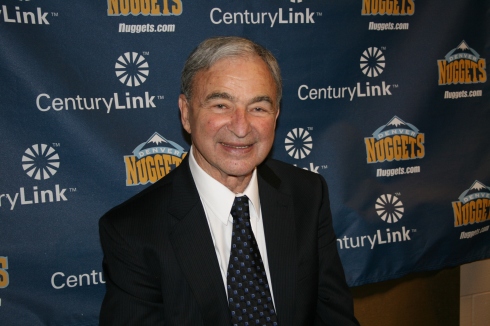 Quite a thrill to see my old friend Carl Scheer tonight at the Pepsi Center. This is the guy who saved pro basketball in Denver by putting together a syndicate to keep the team afloat in the 1970s.

“The price of a unit was $17,500, and you had to buy two units,” he told me in 2005, when the NBA All-Star Game came back to Denver. “So 35 guys put in $35,000 apiece to buy in. That’s how we bought the team. We had a little operating capital, but not much. The plan was they would buy season tickets and get their friends to, and for the most part that’s what happened.”

When they ran out of money in the early 1980s, Jane Moe, Doug’s wife, suggested Carl call Red McCombs, who had just sold his interest in the San Antonio Spurs. McCombs bought the Nuggets for about $4 million. Without Scheer, Denver would have lost its pro basketball franchise.

Dave Krieger is a recidivist newspaperman. END_OF_DOCUMENT_TOKEN_TO_BE_REPLACED
This entry was posted on Saturday, January 25th, 2014 at 9:58 pm and tagged with Carl Scheer, Doug Moe, Jane Moe, Josh Kroenke, Red McCombs and posted in Nuggets/NBA. You can follow any responses to this entry through the RSS 2.0 feed.
« Does anybody here have a clue?
For Champ Bailey, it’s about time »